When People Buy In, Everything Works Better

The efficacy of any leader is defined by those who follow them.

It is one thing to be promoted to a position of authority. It is another thing entirely to earn the trust of a group of people so that you can truly lead them.

I believe that to be a good leader, at the end of the day, you have to have your people willing to follow you to the ends of the earth. Because without people, you’re not leading anyone.

Getting the people I’m trying to lead to move towards the common goal requires them to buy into the process. This is a skill unto itself and, I believe, it is the most important skill a leader can possess. Only when one can inspire people to follow, can we as a team make good on the promise of Peak’s mantra: Together to the top. 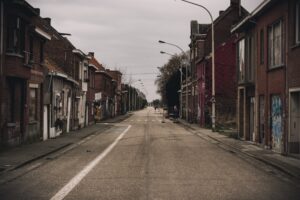 First and foremost, a leader needs to set the vision for the given situation. Whether it’s the overall vision for the construction project, or the microvision of a particular phase or portion of that project.

People won’t just blindly follow anyone, so the leader has to be very clear and deliberate about their vision, and they need to communicate it effectively. Harmonizing the vision across all of the individual players who are working toward a common target is crucial.

In order for a leader to formulate, communicate, then execute on their vision, they must first be honest with themselves and their team about where things currently stand. As Seneca, the Stoic philosopher once said, “if one does not know toward which port one is sailing, no wind is favorable.”

In my opinion, the leader’s vision has to accomplish two main things. First, it must paint a clear picture of where the team is trying to go. This includes communicating what constitutes a “win,” both for the overall project and for the milestones along the way. Second, the vision must also get people excited about the journey. There needs to be a level of inspiration that is instilled in the team to provide the motivation to move toward that destination.

Establishing a clear vision helps the team understand the purpose and provides a basis by which they can make decisions that align with the direction that the company is going, and stay motivated to follow that course.

Where there is a lack of vision, understanding, or clarity, you end up with a disjointed team and unfocused production. This only increases the overall inefficiencies of the production, which translates into lost time and in turn, lost money.

Once you have laid out a vision, if you ever wish to carry it out, you need to earn the trust of your followers.

Earning that trust from the team is paramount and there are a variety of ways that you can do so. Trust can manifest in many ways and places:

Anything a true leader would ask one of their team members to do, they would be willing to do themselves. In that way, for someone to be a trustworthy leader, they must also understand what it means to be a loyal follower. They can set the example by how they interact with their leaders.

Making sure that everyone on the team is clear about the answers to these questions, and others, gives everyone involved a clear understanding of what success in a given area looks like, and how it is specifically achieved.

Being clear about expectations, building trust, and laying out a clear vision for the project are three ways that the leaders at Peak have been able to both build a team of engaged, inspired people who are wholly bought into the process, and attract partners, vendors, and clients who love working with us, time after time. These things, coupled with a collaborative, team-based approach is how we can even dare to aspire to deliver on a promise as bold as delivering a project on time, on budget, or better.