To kick off this series, our Founder and President, Lee Crewson shares the story of his first project: 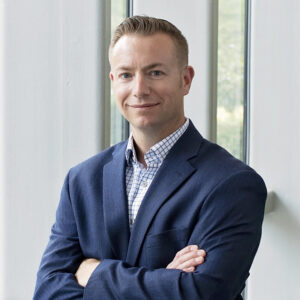 My love of construction began with one of the largest fires in the city of Buffalo’s history.

Back in the late 90’s, I was a student at University at Buffalo, working on my Bachelor’s of Science degree in Mechanical Engineering. I was also working part time at the Buffalo Business Park on Broadway in the city of Buffalo.

Over the course of the next year or so, there was an effort to replace that building with a single-story, 40,000 sq ft. metal building. The building was ultimately partitioned into three tenant spaces. Two were 15,000 sq. ft. each and the other was 10,000 sq. ft. The complete building was built, then the tenant fit-outs were done in all three spaces.

The start-to-finish process consisted of going through the insurance claim, clearing the demolition, designing the new building, getting all of the city approvals, construction, the tenant build-outs, and then getting tenants moved in.

Now, when I say “we,” I might be overstating things. At the time, I was around for the complete process, but I was still going to college full-time. I would pop into the site regularly, and was there in the afternoons and on weekends. My actual involvement was limited to cutting grass, picking up garbage around the site, and bringing coffee to the guys doing the real work.

But, that was the first time that I had been exposed to construction at that level. And I was absolutely taken by it.

It was an extremely fun and exciting time in my life that changed the direction of my studies and ultimately, how I have spent the last 20 years of my life. I couldn’t have told you back then that today I’d own and operate Peak Development Partners. It’s amazing and humbling, and I’m grateful for every moment of it, and every person that has helped me make it this far. It’s true that together is the best way to get to the top!

Stay tuned to this space to read more first project stories from other members of the Peak team.