Accountability in Construction: It’s Not the Weather’s Fault

In my over 20 years in construction, I couldn’t even begin to estimate how many times someone has blamed an aspect of a project is done poorly (or not at all) on the weather. 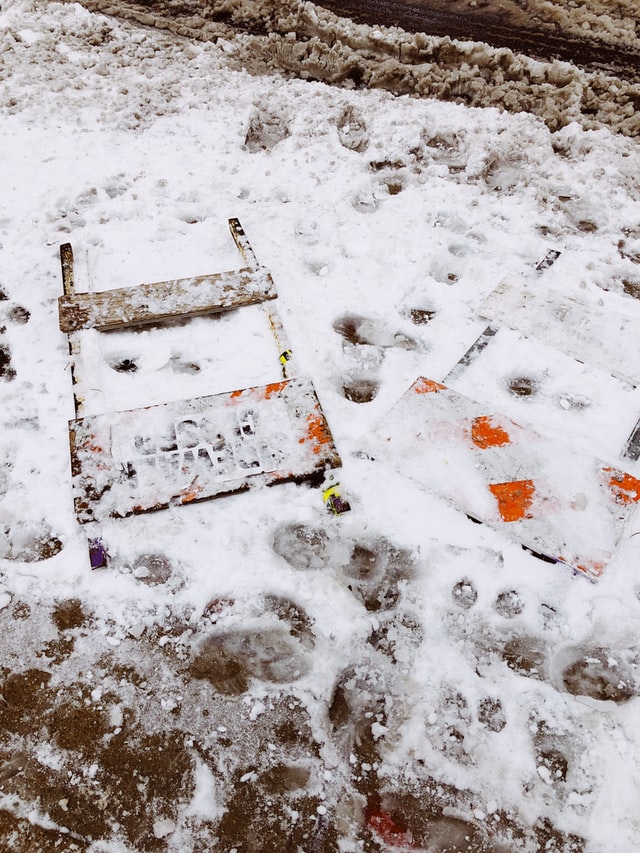 I get it. Peak works mostly in the Northeast. In the Northeast, we get severe winters, which can cause all kinds of issues. And, I’ve seen all of them.

But I will argue that if you’re blaming the weather, it’s almost never the weather’s fault. Chances are, your project wasn’t planned well enough in the first place. If it were, you would have accounted for the weather.

Here’s a hint: up here, it snows in the winter. Every winter.

What is really at play here is a lack of accountability. I find this to be an issue in the construction world, but also in the world at large.

Accountability is responding to a negative situation and at least considering what you yourself could have done differently to affect a better outcome. It’s not necessarily blaming yourself all of the time, which is counter-productive in its own right. But rather, it is having the self-awareness to look inward first.

For example, say a contractor gets busy and delays submitting a submittal for a few days past it’s scheduled date. This delay means the design team has to accommodate it into their schedule, which might cause another day or two delay, which might cause further delays in getting materials ordered, then delivered, and so on.

So even though it was the contractor who caused the original delay, the actual effects of that delay on the schedule won’t be felt for a long time.

There are no immediate repercussions. And, very often, there are no repercussions at all because of the amount of investigation and research it would take to trace the root of the issue back to the contractor.

Even if we were able to conduct an investigation, it very often becomes a losing battle that eats up more time than its worth, merely to assign blame to someone or some other external factor.

So, how do you ensure accountability on a construction project?

If you want to know which side of accountability your organization falls on, there are a couple of simple questions you can ask yourself:

If the answer to any of these questions is either no or unclear, chances are your team lacks accountability.

We believe that if being accountable isn’t ingrained in our company philosophy and in everyone who represents us on the job site, then it is very easy for its absence to become as obvious as its presence. It will spread across a project like a virus, and it will bear out in the end result.

Another, more practical, way that we ensure accountability is by establishing clear expectations upfront. This is a recurring theme on this blog, and for good reason: it is simply the way we have built our company.

This is an often overlooked aspect of accountability: people need to be very clear in what’s expected from them. Most people generally want to make other people happy, particularly those people they are working for. So, they’re happy to rise to meet those expectations, but only as long as they know what they are.

One simple tool for establishing and meeting those expectations is the project schedule. The schedule in and of itself can create and foster accountability with clear, specific, and documented project expectations. This allows for an equally clear, phased path toward that objective.

A well-crafted project schedule will articulate what the goal of each phase of the project looks like, and the “choreography” involved on the job site if you will.

Making sure that people understand the schedule, then making sure people are set up for success if they adhere to the schedule is important.

It’s not just a matter of having the right people on the job site at the right time, they also have to be prepared with the right equipment, goals, personnel, materials, etc., so that they can not only start when they are supposed to start, but also finish, as we say: on time, on budget, or better.

And, you can hold us to that.